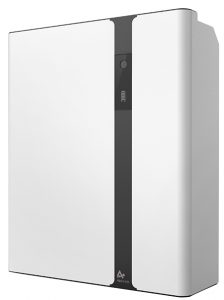 Just as Tesla quietly upped the Australian price of its Powerwall 2 home battery by $800, a new residential energy storage offering has appeared on the market offering roughly the same capacity for nearly $5,000 less.

The new offering from Alpha ESS launched in Australia in the first week of November, promising 13.3kWh of storage capacity, a 10-year warranty, and a battery design life of around 15 years due to an 8,000 cycle rating.

But it’s the price of the lithium-ion phosphate battery that catches the eye. Australian households can have an Alpha ESS Smile 5 13kWh battery installed for just under $10,000 ($9,900) – that is *with* installation.

This is great news for those Australian households that have been holding off on investing in battery storage due to cost. Although it’s still a big splurge for most households, with certain state subsidies and VPP offerings, the payback can be brought to around the seven-year mark – which is where rooftop solar started to really take off.

These, at least, are the numbers that ShineHub CEO Alex Georgiou has come up with, modelled on a typical house on the NSW Ausgrid network, and signed up to ShineHub’s Community Virtual Power Plant, which pays $0.45/kWh for any battery power used for the VPP. You can have a look at how he arrived at these numbers in this blog post, here.

“The biggest reason why this battery is important is that it opens up the market for people that have panels, especially larger systems, with [feed-in tariffs] going down,” he told One Step in an interview on Wednesday.

“In Australia, people talk about batteries costing $15,000. This is different now. With this release, and the VPP combination, we’re now able to see a financial equation that works for a large proportion of Australian home.

“Adoption will ramp up, just like solar. …The interest is there, It’s just a matter of making it financial and making it simple.”

Georgiou is a big fan of Alpha ESS – he is having one of the new Smiles installed at his own home in Sydney, which has 8kW of rooftop solar – and has worked closely with the battery manufacturer for some years, setting up the community the VPP.

He said that when ShineHub started out on its solar and battery mission, it had a few different energy storage product offerings in play. But the Alpha product became so good, the company rarely sold anything else.

“We’ve worked very closely with them to enable [their batteries] for VPP, for all services including retailer, grid services and FCAS,” Georgiou told One Step.

“We’ve had a very good response from them in terms of making modifications for consumers to work with VPP.”

And Georgiou is a fan of the battery’s chemistry, too – lithium iron phosphate – which he argues is the top chemistry on the market for safety and reliability.

“It’s the same chemistry as Sonnen… but Sonnen batteries are twice the price.”

Like Sonnen, there’s a nice Australian connection in there as well. Alpha ESS is one of the global battery manufacturers who set up shop in Adelaide in 2018 as part of the South Australian government’s home battery and virtual power plant scheme.

The deal, at the time, committed Alpha-ESS to make more than 8,000 of its previous model SMILE 5 home batteries in Adelaide a year in return for access to the priority period for the government’s Home Battery Scheme.