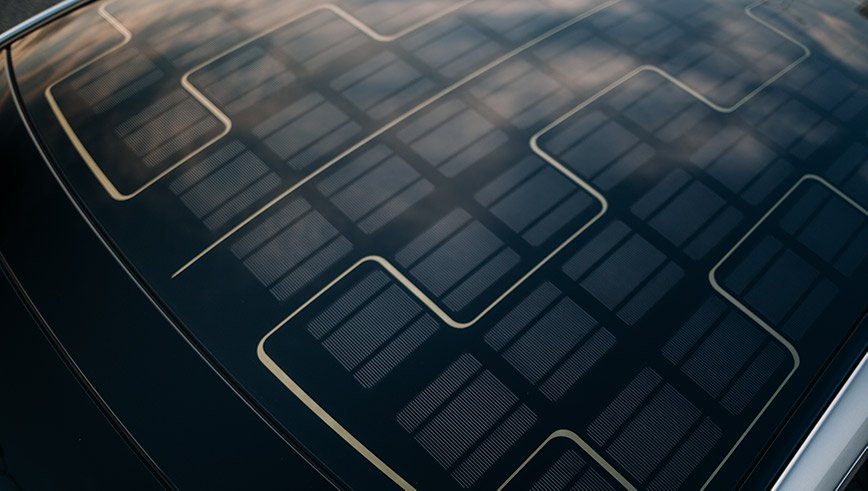 The vehicles and cities of the future could become the source of their own power, with innovations in solar ‘skins’ and solar ‘paint’ opening up  opportunities for the surfaces of cars and buildings to produce solar power.

The research is being led by Australian scientists and engineers from the University of New South Wales and has the potential to allow for electric vehicles to virtually avoid the need to plug-in to the grid to be recharged altogether.

UNSW researchers have been awarded $3 million in funding to develop innovative ‘solar skin’ technology, that would allow solar power to be generated from coatings applied to the surfaces of buildings, with a total of $11.9 million in funding committed to the research.

The characteristics of solar skin would allow for power to be generated from both direct and indirect sunlight, and from both vertical and horizontal surfaces – making its deployment on the surface of large physical structures like buildings ideal.

The ‘solar skin’ would apply a perovskite solar polymer membrane to surfaces, using a new generation of organic solar technologies that provide significantly increased flexibility and avoid the need for stiff and brittle silicon solar modules.

The funding has been provided under the federal government’s Cooperative Research Centres Projects (CRC-P) program, and will allow UNSW researchers to progress the commercialisation of perovskite solar innovations originated at the university, and which smashed the records for the efficiency of organics solar modules.

The UNSW research team will co-operate with research teams specialising in the production of non-flammable materials, ensuring that buildings that may be coated with the solar skin remain safe from fires, with the research being led by Professor Guan Yeoh, who serves as the director of the ARC Training Centre in Fire Retardant Materials and Safety Technologies at UNSW.

The researchers hope the new research push can help commercialist the solar skin technology, using Australian sourced materials, to reaffirm Australia as a leader in solar research and to reposition Australia’s manufacturing sector as a provider of leading edge clean energy technologies.

The proposal mirrors research being led by UNSW’s scientia professor Martin Green into ‘solar paint’, which could be used to integrate solar power into the surfaces of electric vehicles.

Green has been dubbed the ‘father of solar PV‘ due to his crucial work in building Australia’s research capabilities into solar photovoltaic engineering, leading a team of researchers that consistently held the world record for silicon solar module efficiency.

The culmination of Green’s research efforts, the PERC solar cell design, is set to become a de-facto industry standard due to its combination of high performance and low production costs.

Speaking at an event hosted by UNSW’s Digital Grid Futures Institute, Green said the process of coating a vehicle with ‘solar paint’ could be simplified so that the process is similar in complexity with coating vehicles in conventional paints.

“It wouldn’t be all that much of a stretch to imagine a sophisticated process for applying different layers of paint to a car that were photovoltaically active,” Green said.

“You’ve got to pattern the cells in some way if you do it with a conventional approach, you have to paint it in different layers and it starts getting very complicated. So, I started thinking about ways you might be able to get around that and came up with this idea of scavenging power in small areas.”

The integration of solar power into electric vehicles has the potential to provide a source of power that may dramatically cut the recharging requirements electric vehicles and substantially reducing the frequency with which they need to be plugged into the grid.

With such a large proportion of vehicle trips consisting of driver’s daily commutes over short distances, the ability to trickle charge a vehicle with integrated solar panels, that may replenish the power used during a commute, raises the prospect of ‘perpetual’ electric vehicles could completely avoid the need for plug-in charging.

Such a concept is being explored by Dutch solar car start-up Lightyear, which unveiled its prototype ‘Lightyear One’ vehicle last year that includes integrated solar models, and promises up to 800 km of driving range, and the potential for the vehicle to be driven up to 20,000 km a year without the need to be plugged-in to recharge.

Lightyear was formed by a group of engineers who had previously worked on the award winning Solar Team Eindhoven solar car team.