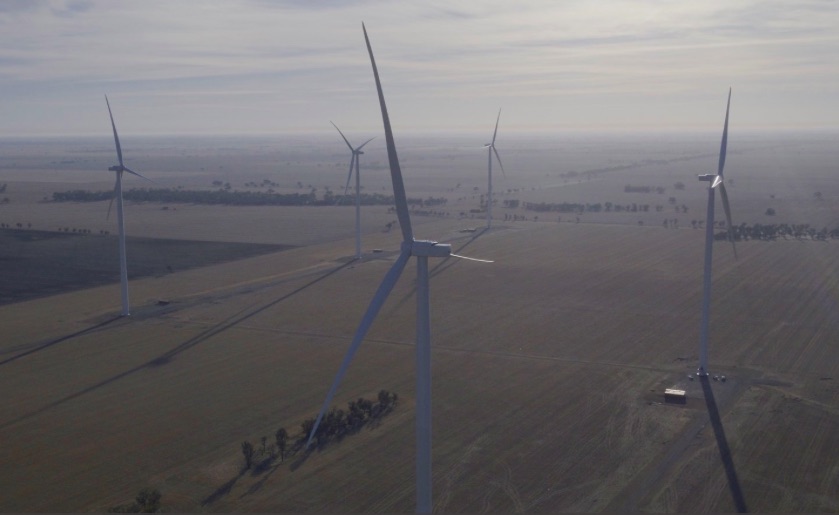 Corporate energy users have supported renewable energy development across Australia to the tune of 5.2GW of new capacity and procured nearly 2.3GW of mostly solar and wind powered electricity in just three years, a new report has found.

The report – a State of the Market report for corporate renewable PPAs – was released on Tuesday for the first time by the Business Renewables Centre Australia.

The BRC-A, which RenewEconomy has previously described as the “Tinder” of renewables, these days prefers to think of itself as the Google Maps of the industry, helping both buyers and sellers to navigate what can be a very complex market.

And judging by the State of the Market report, they are doing a reasonable job.

In total, there have been 58 publicly confirmed corporate renewable PPAs since 2016, which have contracted nearly 2.3GW of renewable electricity and supported 5.2GW of project capacity, most of this (60 per cent) new solar and wind farms. As you can see in the chart above, growth in corporate PPAs has been fairly consistent, aside from a lull over the past two quarters that has coincided with a dip in the volume of overall renewables projects reaching financial during the year.

And there is plenty of activity in the market to come, with some 40,000MW of solar, wind and battery storage projects currently looking for a buyer.

The BRC-A estimates that just under 500MW of deals to buy power from a solar or wind farms are already in the pipeline for the end of 2019 and start of 2020. RenewEconomy, too, has watched this market boom, with major Australian utility Origin Energy recently conceding that the shift to renewables by Australian businesses was taking a noticeable chunk out of the gen-tailer’s commercial electricity volumes.

“Until recently, solar and wind farms needed a power purchase agreement with a retailer to get built, but the growth of corporate renewable PPAs has opened up a vital new source of investment,” said Christopher Briggs, BRC-A’s technical director and research principal at the UTS Institute for Sustainable Futures.

“The emergence of corporate PPAs is proving crucial in driving the energy transition in Australia and helping to realise the nation’s climate change targets.

“Across the Australian economy, manufacturers, farmers, councils, banks, universities and a range of other industries have negotiated corporate renewable PPAs to reduce their emissions, get more control over their energy bills and reduce price volatility.”

Jonathan Prendergast, a research consultant at the ISF – one part of the team that makes up the BRC-A, alongside the World Wide Fund for Nature (WWF) Australia and Climate-KIC Australia – said what impressed him most was how these deals had diversified the large-scale renewable energy market.

“(Renewable energy investment) used to be really one dimensional. It’s great that there are now multiple ways that investors and project developers can get their projects financed,” he told RE on Monday.

And the corporate buyers are a diverse bunch, too.

“While large corporate buyers led the way in the early deals, there has also been a series of deals with smaller and mid-sized buyers – like schools, vineyards and even the Sydney Opera House,” Briggs said. The leading sectors for corporate PPAs were found to be manufacturing, education, utilities and governments, but as the chart above shows, solar and wind energy off-take deal making has now taken in most sectors of the Australian economy.

The report also finds that the average size of a corporate PPA is just under 44MW, down from around 65 MW over the past 12 months as the market has diversified beyond big corporates. As you can see in Figure 7, around one-third of deals are greater than 50MW, almost half are 20-50MW and around 10 per cent are smaller than 10MW.

On a state-by-state basis, Victoria is the leading the way, with the highest number of deals and installed capacity, but New South Wales started gaining ground in 2018-19. And on solar vs wind, solar comes out just in front.

As for the projects, the report singles out a few, but for Prendergast a clear favourite is Murra Warra – the Victorian wind farm that is contracted to deliver electricity to Telstra, and an impressive consortium of customers including ANZ, Coca Cola Amatil, University of Melbourne and Monash University.

“Murra Warra is bit of a standout, to bring all those parties together was quite amazing,” he said.

WWF-Australia’s CEO, Dermot O’Gorman said the “explosion of interest” in corporate energy deals was reflected in the more than 240 member organisations that had signed up to the BCR-A in its first year.

“Corporate buyers are putting their money where their mouth is and it’s time for our governments to step up and provide strong renewable energy policies to match the corporate interest,” he said.

“Energy buyers would like to see stronger government policy to create more stability in the energy market, as this is a key barrier to the further growth of Corporate PPAs,” added WWF-Australia’s senior manager of low carbon futures, and project director, Monica Richter.

“In just one year, we have grown to include 243 member organisations, with 80 buyers, 91 developers, 56 service providers and 16 industry partners, and we’ve run sold-out PPA training bootcamps in Sydney and Melbourne.”