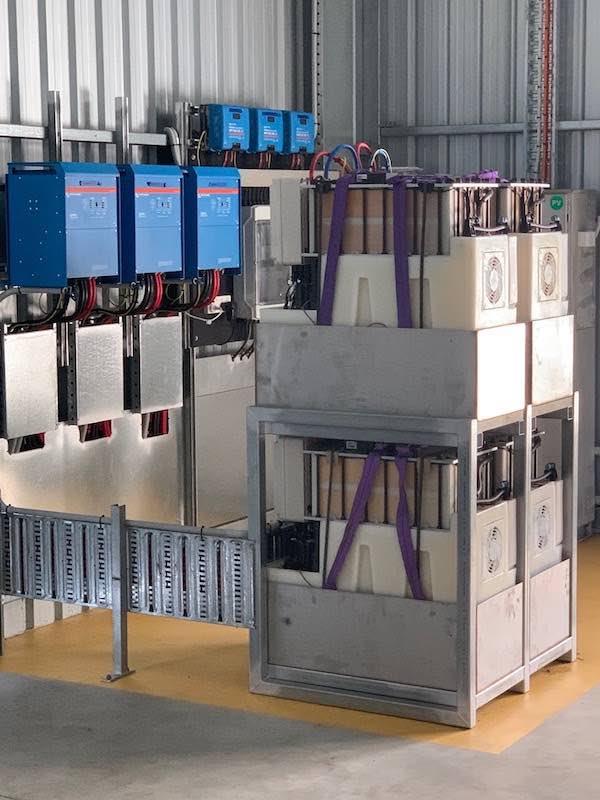 The owners of the 34-hectare property near Gingin, 90km north of Perth, said they had decided to make the move to energy independence after years of regular network power outages – the most recent one caused by the 2019/20 summer bushfires.

Jeff Murray, who owns the Kalyakool Farm and runs it with his wife Kerry, said the threat from the December bushfire was “the last straw”.

“Our water comes from two bores, so without power, we can’t get any water,” he said. “If fire does reach us, we need energy to run the pumps to defend our property.”

Murray said the unreliable electricity supply had been “quite debilitating” for his family’s business, which runs beef cattle and a 600 tree fruit orchard.

“We’ve been here 26 years and we would not have had a year go by without blackouts, which could be anything from a minute to a day,” he said.

“Those power failures caused us a lot of frustration. If the power went off for a day, we couldn’t water. As well as blackouts, we also had power surges, which was a risk to our electrical equipment.”

After the fire, Murray got in touch with Redflow’s Western Australia partner TIEC Electrical, and by February had installed four Redflow ZBM2 batteries, three Victron 8000VA battery inverter-chargers and 45 Longi solar panels, capable of harvesting 14kWp of solar an hour.

Murray, who says the Kalyakool Farm is now “sailing very smoothly” on its new energy supply, says he was attracted to Redflow’s technology due to his background volunteering with the WA Fire Service.

“With my firefighting background, safety was always at the front of my mind,” he said.

“We needed batteries that were reliable, efficient and safe to use and were not affected by heat. Leith has an enormous passion for the Redflow battery, because of its simplicity and its ability to do the job. The fact that the ZBM2 battery is recyclable was a big attraction for us.

“Now the system is in place and we’re going well. I’ve driven it pretty hard since we’ve had it, like turning on pumps when I didn’t need to.

“I’ve taken batteries down as low as I could and then kicked in the grid purely to charge the batteries. It has taken everything I threw at it.  I can check the system via the Internet whenever I want. The Redflow remote monitoring is good and only going to get better.

“The bottom line is that this is a good business decision. We will get back our money in eight to 10 years at the current price of power. As the price of energy goes up, we’ll pay it back even quicker.”