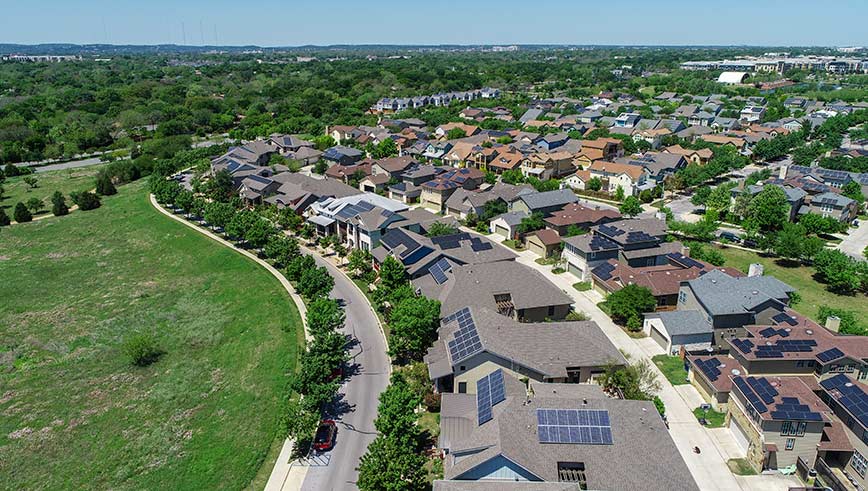 Households that have rooftop solar installed are likely to come from diverse political backgrounds and are substantially more likely to be politically active, a new US-based study has found.

The research was led by academics from the University of California and the Utah State University, with the findings detailed in a new paper published in the journal Nature Energy.

The researchers found that while owners of rooftop solar systems were slightly more progressive in their politics, and generally leaned towards voting for the Democratic party, that the trend was relatively small, and was not a conclusive indicator for how people would vote.

The authors acknowledged that while the politics of climate change and energy policy was a hyper-partisan issue for politicians, as it is in many parts of the world, this was not reflective of the decisions made by households to install rooftop solar. The researchers were able to compile a data on household voting patterns, which is often publicly accessible information in the United States, along with data on party affiliation, voting preferences and likely demographic factors. This information was compared to satellite images that allowed for installations of rooftop solar to be identified on a house-by-house basis.

Demographic factors, which are often an indicator of political preferences, were examined an accounted for. As part of the research, it was found that people with rooftop solar generally had higher incomes, were more likely to own their own home, where slightly more likely to have tertiary qualifications and were less likely to be people of colour.

The research showed that owners of rooftop solar systems were supporters of either the Democratic or Republican parties at rates almost identical to the broader population. The researchers concluded that differences in party affiliation are more likely influenced by the other demographic factors, including education, gender and race.

While solar ownership does not appear to indicate a particular political affiliation, the research did find that solar owners were substantially more politically active than their neighbours, and were significantly more likely to have voted at a previous election.

The analysis found that the effect was true across multiple levels of government, with the owners of rooftop solar more likely to have voted in federal and municipal elections, as well as being more active during the ‘primary’ elections were a particular party candidate is chosen by voters. Early or late adoption of rooftop solar was also not an indicator of political affiliation.

“We do not see a gradient in the partisan affiliations of solar household across neighbourhood-level installation density. This suggests that early solar adopters are not more ideologically-driven than their immediate neighbours, nor are later solar adopters,” the researchers said.

The authors suggest that this could be a promising sign for the looming transition to clean energy, with a growing portion of the American public gaining direct exposure to clean energy through the installation of rooftop solar.

If households installing solar are able to defy the growing polarisation of politics, and the painting of clean energy and climate change as a distinctly partisan issue, then an active voting public may prove more supportive of efforts to increase the use of clean energy.

“It tells us that the divide on energy transitions may reside within a more complex landscape than a simplistic ‘Democrats versus Republicans’ or ‘Liberals versus Conservatives’, but, rather, reflects a landscape where voters break away from their current party stance, reminding us that these stances may change or may have already changed,” Marcello Graziano of Central Michigan University said in an accompanying letter, also published in Nature Energy.

The finding that rooftop solar ownership is more likely amongst those are also politically active potentially mirrors the situation in Australia.

Groups like Solar Citizens have successfully mobilised a diverse range of thousands of rooftop solar owners to advocate for policy commitments from political candidates at various state and federal elections.

Based on data from the Clean Energy Regulator, more than 2.2 million homes and businesses have had rooftop solar installed, meaning there are more rooftop solar systems in Australia than the number of people who voted for the Greens or the Nationals parties at the 2019 federal election.