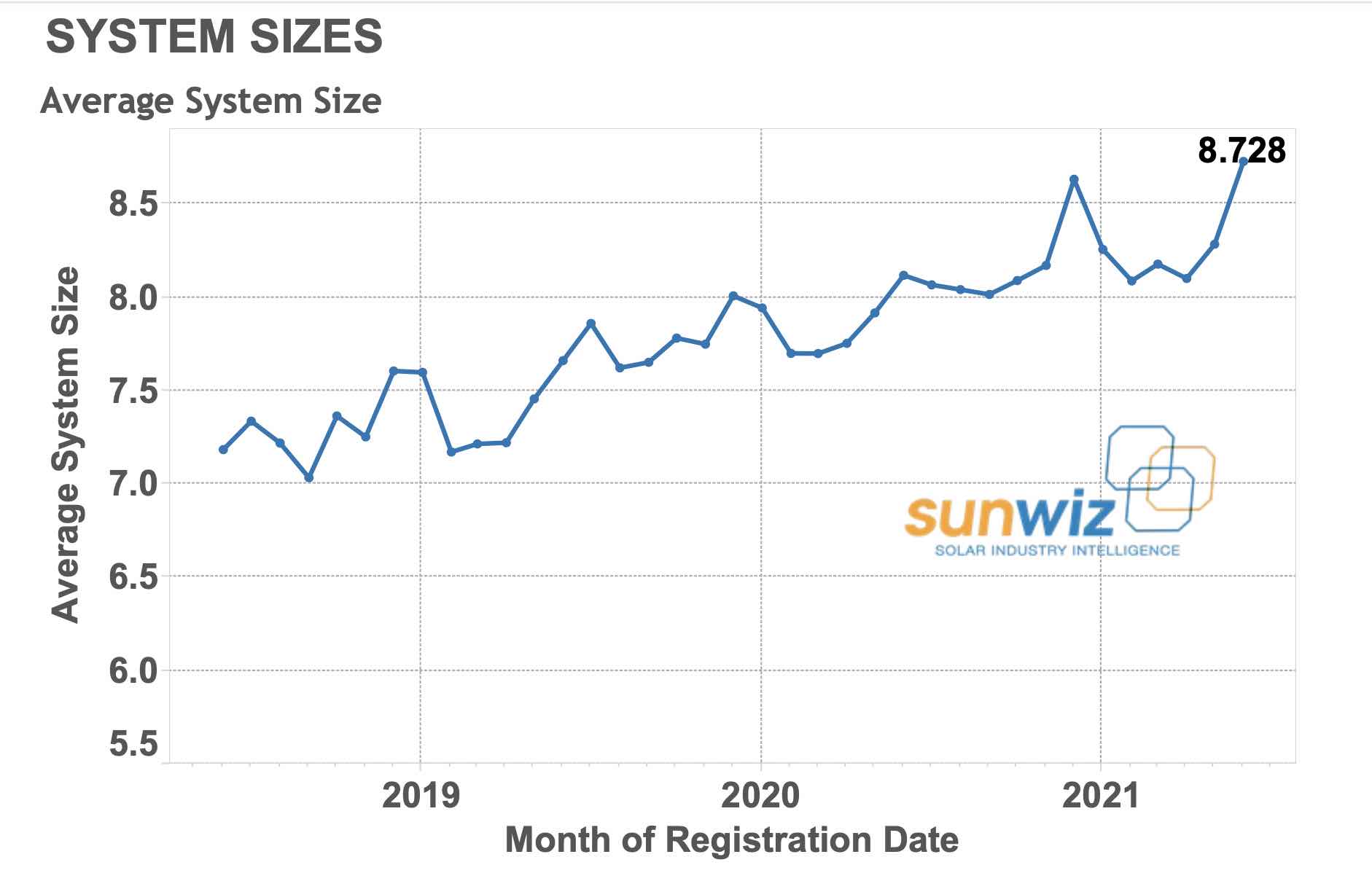 The average size of rooftop solar systems installed in Australia has jumped to a record high of 8.7kW in June as more businesses rushed to install big systems before the end of the financial year.

The latest monthly update from industry statistician SunWiz says 282MW of small-scale rooftop solar systems under the size of 100kW (which qualify for instant rebates) were installed in June, a small 2 per cent rise over May – but better than market expectations of a fall.

That takes the total amount of small-scale rooftop solar installed in Australia to 14.8GW, on 2.8 million different homes and businesses across the country. So far in 2021, the Australian market is 23 per cent ahead of last year and on track of a new annual installation record of around 3.5GW. Victoria added 58MW in June and now has 2.9GW of rooftop solar, WA added 30MW for a total of 1.8GW and South Australia, where rooftop solar has at times accounted for 100 per cent of state demand and is now subject to solar “switch off measures, added 23MW for a grand total of 1.65GW.

But it was the increase in system sizes that was the most notable difference in the latest month.

“Over June, all states witnessed a dramatic increase in capacity installed within the 15kW to 100kW range,” Sunwiz director Warwick Johnston said in his report, adding that Victoria was particularly strong in the 30kW to 100kW market.