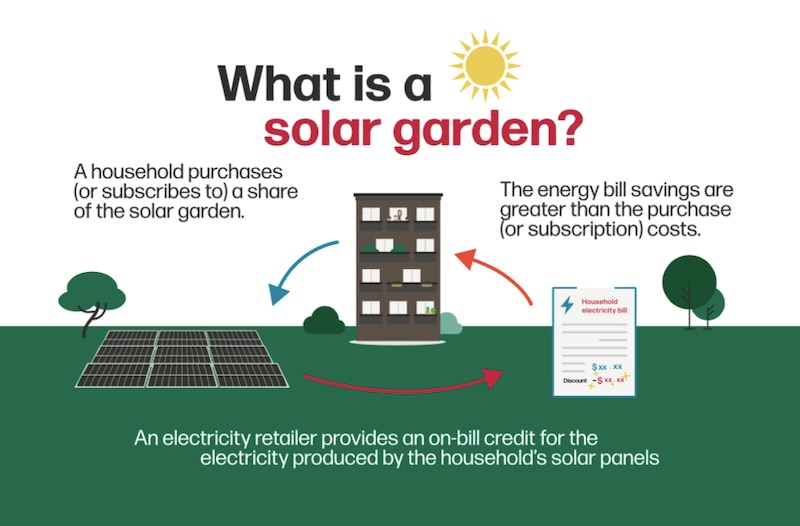 The Haystacks Solar Garden – a joint effort of community energy co-op Pingala, the Community Power Agency and Komo Energy – is on track to commence construction at the end of this year on a farm in the Riverina town of Grong Grong.

Pingala said on Thursday that membership was now open for the first-of-its-kind project, as the first stage of establishing the solar co-operative that will own the solar farm.

Members can then attend a number of online information sessions being held over the last week of September and the first week of October. A prospectus for investing in Haystacks would then follow, with members given the opportunity to buy plots in the solar garden once they become available.

Haystacks, which has secured backing from the NSW government’s Regional Community Energy Fund, is expected to offer around 333 ‘virtual plots’ at around 3kW each, for a ball-park price of around $4200. Each plot is expected to generate around 4,200kWh of electricity per year.

Membership will at first favour locals living in the Riverina area of NSW, which reaches from West Wyalong, in the north, to Hay, in the west, east to the Snowy Valley and south to the Victorian border. Residents of the rest of NSW will be offered solar garden plots after members from the Riverina.

“Solar Gardens are really paving the way for large scale community-owned solar projects that make it that much easier for all households to take part in the solar revolution,” said Pingala co-founder Nigel Hancock.


The scheme works by giving investors a credit for the value of electricity produced by their patch of the solar garden. The amount credited to each “solar gardener” is determined by the size of their “plot” and the arrangements made with the participating retailer. At this stage, on-bill credits are expected to kick in by March 2021, once the solar garden is up and running.

The concept is a particularly good fit with renters, Pingala notes, in that the ‘virtual plot’ of solar panels moves with its owner, if they move house, as long as they remain with the participating retailer. On top of that, the scheme also offers the benefit of maintenance-free solar.

“This is the type of innovation that will see communities being put at the heart of large scale solar projects, something that Pingala has always been a champion of and are very proud to be at the forefront of this type of action,” said Pingala co-founder April Crawford-Smith in a statement on Thursday.

“We’ve seen the success of these types of projects over and over again. Having local people invest in the project means that the local economy is given a significant boost, people feel a sense of empowerment at being directly involved and we demonstrate that citizen action has a tangible effect on the uptake of green energy, ensuring that the most benefit possible stays in Australia’s local communities,” she said.

Pingala has been doing great work in the community energy sphere for some years now, after leading one of the earliest examples of solar crowd-funding in Australia for the Young Henry’s brewery in Newtown in 2016.

On that occasion, a total of $17,500 was raised in just nine minutes, to help pay for the installation of a 29.9kW solar array at the Sydney craft brewery. And 56 investors were expected to achieve returns of more than 5 per cent p.a. over the term of the project.

More recently, Pingala led a crowd-funding round to finance a 100kW solar PV system for another Sydney-based beer-maker, the 4 Pines Brewing Company.

As One Step reported here, that effort was also a resounding success, raising a total of $116,000 in just over a quarter of an hour, through a network of investors including brewery locals, supporters and staff.