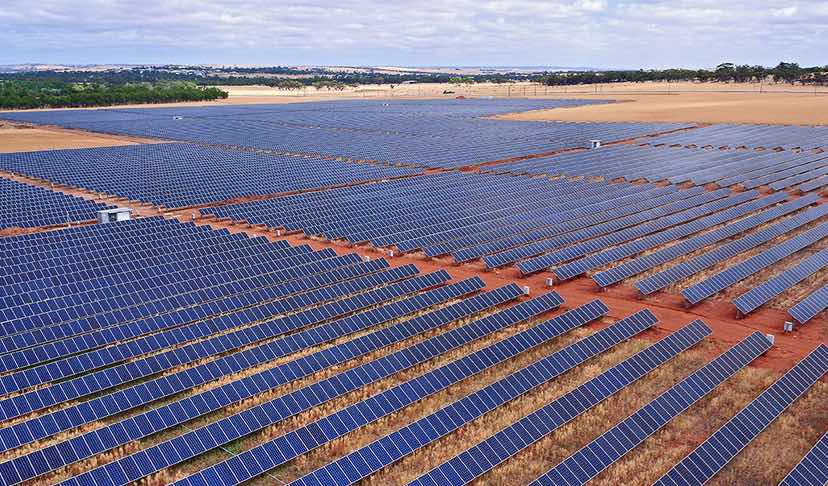 The latest Quarterly Dynamics publication from the Australian Energy Market Operator highlights how the growing penetration of solar – both rooftop and utility scale – is continuing to reshape the grid, along with growing amounts of wind and greater energy efficiency.

This graph above illustrates the growing profile of solar generation, both rooftop and utility scale, the latter of which has grown exponentially in the last year as numerous solar plants come on line.

AEMO noted that seven new solar farms totalling 700MW capacity commenced generation in the fourth quarter, with half of this in Queensland, just over one quarter in Victoria and 20 per cent in South Australia (mostly the Bungala solar farm).

In comparison, there was just one new wind farm that commenced generation in the quarter – the 80 MW Crowlands Wind Farm in Victoria.

Another perspective of the change in supply is illustrated here. With the change from the 3rd quarter illustrating the growing influx of solar in the generation mix.

This is having an impact in certain parts of the grid. As we reported at the time, South Australia also recorded its record low operational (grid) demand in October, when it fell to just 599MW at 1pm (grid time) on October 21.

The growing level of solar PV is also reducing demand in Western Australia. Rooftop solar in that state went past 1GW during the quarter, and on October 31 the state’s Wholesale Electricity Market (WEM) recorded its lowest operational demand for 2018 of 1199MW.

This was the lowest demand in the fourth quarter since 2007, and just 26MW above the all-time minimum demand since the WEM was created in 2006. Again, the increased in rooftop PV capacity and mild temperatures were the primary causes.

However, AEMO says the growing share of rooftop solar also caused it to call on its Load Following Ancillary Services for the first time ever on October 18, when load fluctuations of up to 150 MW (primarily due to large swings in solar PV and compounded by changes wind output) increased the magnitude of frequency fluctuations on the system.