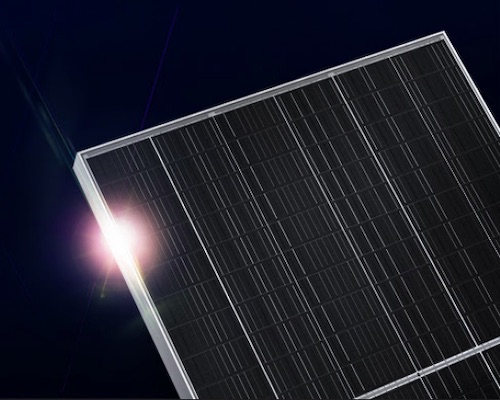 China PV giant Trina Solar says its has achieved a new high in solar module efficiency, notching up a record-breaking 23.03% using its ultra-high power Vertex module that ranges up to 670W in capacity.

The new record – which has been independently confirmed by both TÜV Rheinland and TÜV Nord – was announced on Wednesday by Trina’s Singapore-based State Key Laboratory of Photovoltaic Science and Technology (SKL).

The statement said the SKL researchers had boosted the module’s efficiency to the record level with a new multi-busbar (MBB) technology to improve optical shading and a new hybrid soldering technology to  minimize the gap between cells.

Trina Solar released its new generation of Vertex modules in March, at the time unveiling a 670W panel with an efficiency rating of up to 21.6%.

Dr Yifeng Chen, Trina Solar’s head of high efficiency cell and module R&D centre, said that to the best of the SKL team’s knowledge it was the first large-area p-type commercial module with aperture efficiency over 23%.

As One Step reported in March, the Vertex pushed solar panel output to a new high, just surpassing the 665W module unveiled by Canadian Solar in October of 2020, as part of that company’s Series 7 high-power, high-efficiency HiKu modules.

Trina said at the time that the new module series was particularly well suited to large-scale applications, with the ability to achieve a total power increase of up to 18,760W per string, or 34%, compared to 500W+ modules.