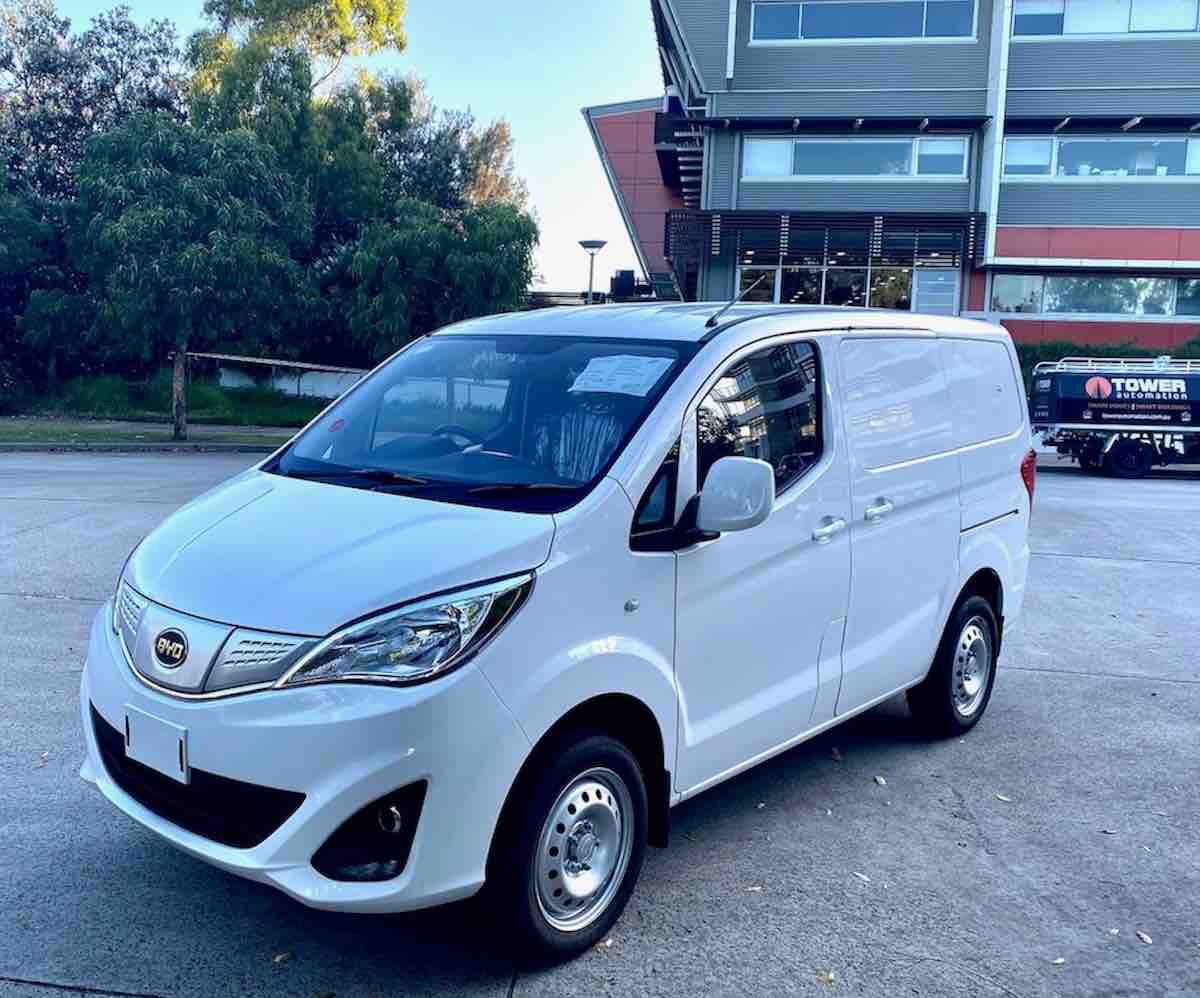 A “game-changing” all-electric van offering 300km of range for roughly the same price as an ICE equivalent will be on Australian roads within the year, after it was confirmed on Monday that the BYD T3 2021 would open for orders here in July, for delivery as soon as September.

The van, made in China by the Warren Buffett backed BYD, is being brought to Australia through a partnership between TrueGreen Mobility and Trevor St Baker’s Energy Innovation Fund (StBEIF), the owner of electric vehicle charge point operator Evie Networks (and the EV charging manufacturer Tritium).

TrueGreen, which has the exclusive distribution rights to BYD EVs in Australia through its subsidiary Nexport, said the T3 vans would go on sale next month for just under $A35,000 (excluding on-road costs) with the backing of a $20 million investment by the StBEIF.

“This is a significant step forward for e-mobility in Australia – this is the turning point,” said TrueGreen Mobility CEO Luke Todd in a statement on Monday.

“With our products, electric vehicles have now reached price parity with combustion engines, so a switch to EVs makes perfect economic, commercial, environmental and moral sense.

“Aussies will soon be seeing these vehicles on their streets en masse.”

Todd told The Driven that the company would wait to see what demand looked like once they opened up orders next month on EVDirect.com.au, but that it was anticipated that the inital volume would be considerable, in the tens-of-thousands.

The electric vans use BYD’s new Blade battery technology, which uses more thermally stable lithium iron phosphate chemistry and arranges the battery cells in an array before insertion into the pack, resulting in a 50% improvement in use of space with a super thin, flat battery.

“Range anxiety is one of the most common concerns in the uptake of EVs, but with new charging infrastructure and these long-range vehicles, people can now get where they want to go,” said StBEIF founder and deputy chairman Trevor St Baker.

“The StBEIF is providing the charging solution with Evie Networks installing Tritium ultra-fast chargers at key transportation hubs across Australia and TrueGreen Mobility is providing affordable and reliable vehicles.

“Australia’s ecommerce home delivery space has tripled over the past 12 months, which puts a strain on our environment and communities. Considerable volume of logistics traffic has moved from our highways to suburban streets,”he said.

“The demand is there from companies wanting a sustainable transport method so we’re incredibly excited to offer our affordable T3 van model to open the possibility of a transition of approximately 3.4 million light commercial fleet vehicles to EVs.”

Nexport has been working hard on plans to dramatically broaden Australia’s EV menu with the launch of EVDirect, an online platform that will allow international EV manufacturers to bring cars into Australia without having a local dealership network, starting with BYD models.

It has also unveiled plans to spend $700 million to create an electric vehicle manufacturing hub in southern NSW, based near Moss Vale, that will focus on buses initially, then probably move into electric vans and trucks, and possibly into electric cars.

And earlier this month, the TrueGreen mobility subsidiary nabbed its first large-scale order – and the largest EV order of its kind to date in Australia – for 3,000 electric vehicles, mostly from vehicle subscription company Splend, Australia’s largest supplier of hire vehicles to ride share giant Uber.

Coal baron St Baker, meanwhile, has been doing his bit to speed up Australia’s transition to EVs, with his fund being the major shareholder in Evie Networks and tipping tens of millions into Evie’s nationwide rollout of  ultra-fast electric vehicle chargers.