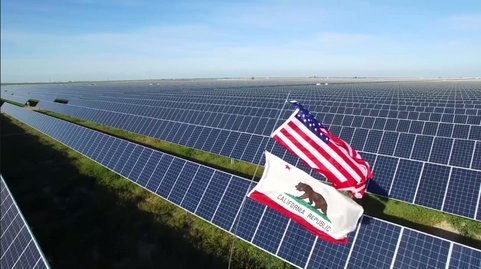 In late May 2019 the Energy Information Administration (EIA) made it official: Renewables beat coal in the US after a very long time, 134 years to be exact.

Coal overtook renewables around 1885 – the records are not very precise going back that many years (visual).

Renewables in those days consisted of wood, biomass and hydro, virtually no wind and certainly no geothermal or solar. As in the UK, Sweden, Austria and a few other countries, who are phasing out of coal, the US is merely getting back to where we were prior to the Industrial Revolution.

The fuels that were expedient to use in the 1900s, and the associated pollution that came with them, are not fit for the Information Age and totally inappropriate for a rapidly warming world.

The decline of US coal, in the making for some years, has become more pronounced in the last few years, notwithstanding Donald Trump’s statements to the contrary.

By now, many Americans have gotten used to hearing alternative facts, which are increasingly divorced from the real ones.

This is no exception. In 2019, coal consumption in the US fell nearly 15% in 2019 compared to 2018 while renewable consumption grew significantly, according to the latest data from the EIA.

Moreover, 2019 was the 6th consecutive year of decline in coal consumption, the lowest level since 1964.

Cheap and plentiful natural gas and even more plentiful and still cheaper renewables are relentlessly displacing the old, inefficient, and highly polluting coal-fired plants as they continue to retire.

And unless you are an unemployed coal miner in the Appalachia or Wyoming, you are unlikely to be shedding toomany tears at the demise of coal.

Coal is facing strong head winds in Europe as well. In April 2020, Sweden announced the closure of its last coal-fired power plant 2 years ahead of its pledge to exit coal. Perhaps all those Friday sit-ins by Greta Thunberg in front of the Swedish parliament were not in vain. Belgium got out of coal in 2016 as did Austria in 2020 with 6 other European countries,

In the case of the US, the continued growth of renewables is almost entirely attributable to wind and solar.

According to the EIA 2019 also marked the year when wind generation surpassed hydro for the first time, becoming the biggest source of renewable generation in the US.

In the meantime, solar output is accelerating, and it is a matter of time before it exceeds wind. And together, they will soon exceed nuclear, eventually even natural gas.

What is noteworthy, however, is not that renewable generation continues to grow while coal output declines and nuclear stays steady before it begins its eventual decline, but the speed of the transition over the past decade and – even more important – the next.

The rise of wind and solar in the past decade across the globe has been nothing short of miraculous. It took roughly 10 years for wind to beat hydro in the US (visual above).

Moving forward, virtually no increase in hydro generation is expected – all good sites have already been dammed and the snowfall is flat or falling with climate change – while on-shore wind and solar have plenty of growth potential and off-shore wind is just starting to take hold.

The decade of 2020s can boost the US renewable generation even under a hostile administration as the current one.

Removing the remaining subsidies to fossil fuels – most notably by introducing a carbon tax – will further accelerate the rise of renewables and the eventual decline of fossil fuels. It is inevitable.

Moreover, the financial sector is increasingly incorporating sustainability in making future investments as further explained in the following articles in this issue.

But even under business-as- usual, the US is moving towards a 50% renewable milestone as early as 2030 through a coordinated effort by the country’ s main renewable energy and energy storage associations.