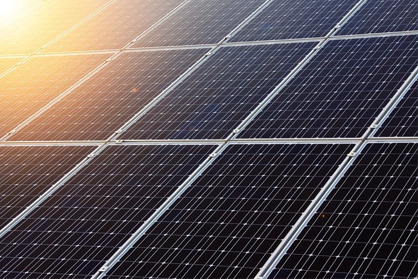 The ways in which you can setup your system can be very different. Currently the most common way is to have the inverter give electricity to your house and also to the main power grid connected to your home. The level to which you have used the different sources are recorded by the utility grid meter on your house.

Here is an illustration to demonstrate a typical grid connected system. 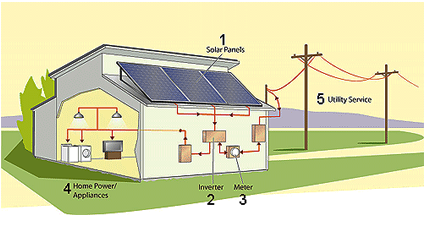 Another way of setting up the system can be in a way that does not rely on the main power grid at all. To do this, off grid solar users combine a battery system between the solar panels and the inverter which allows the electricity made by the panels to be stored allowing the home owner to have constant access to solar made electricity without using the main power grid at all. This system is advantageous for people in remote ares that are not near utility infrastructure.

What is great with the battery / grid mix system is that you can scale the size of battery bank sizes depending on your budget and electricity use as opposed to having to spend money on a full scale grid free system as mentioned before. Eventually when your budget allows, and when you have learnt more about your electricity use, you can scale up your battery bank gradually to minimize the times that the main power grid switches over. Overall being an off grid power user with the main power grid as backup for extreme situations.