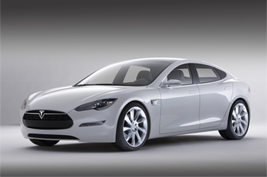 Morgan Stanley’s investigation into the potential of consumers to go off-grid in a major way in the US depends on a number of factors.

The falling cost of solar we know about, and the rising cost of poles and wires is also well understood. The new element is the falling cost of battery storage. This has been mooted and debated for some years, but the most recent announcement by Tesla, the electric vehicle manufacturer, that it plans a $5 billion “gigawatt” scale battery manufacturing facility that will bring down the cost of batteries by more than half – brings it much closer to reality.

Morgan Stanley says this could be enough to make it economically advantageous for customers to go off-grid by 2018, if that is what they wanted to do.

It’s not that Morgan Stanley is recommending this course of action, but it makes the point that if utilities continue to resist the “distribution” model for delivering electricity, and hang on instead to the centralised model, then the smart idea of using the grid as a back up battery will no longer be attractive. Customers will simply take matters into their own hands.

The broad numbers are these: If California prices keep going the way they are headed, then the average customer will be paying around 26c/kWh for their electricity in 2020. But a solar storage/off grid approach, according to Morgan Stanley, would only cost $.10-$.12/kWh.

Morgan Stanley notes that historically, power storage costs have been too high to realistically allow customers to disconnect from the utility power grid – apart from those early adopters and those who do it as a matter of principal.

However, the Tesla Gigafactory has the potential to reduce battery production costs from around $US300/kWh to as low as $125-$150 per kilowatt-hour of storage capacity. Morgan Stanley says every $US25/kWh fall in battery costs translates into a 1c-2c/kWh saving in electricity costs for customers, or up to one third of the grid fees in many US states.

Morgan Stanley notes that the fixed grid costs for Californian customers was around $US500 a year in 2012, and is forecast to rise to around $750 a year by 2018, almost exclusively as a result of the cost of poles and wires.

This is where it gets interesting, as Morgan Stanley explains:

“If customers sought to have two days’ worth of power storage (to protect against poor solar output), they would install 38 kWh of batteries. At a capital cost of $125/kWh, the capital cost of the batteries would be $4,700. Including an additional $300 in costs for software and hardware that can manage the interface between solar panels, household power demand and the storage system, the total storage cost would be $5,000.

“Applying a cost of capital for this system of 7% (a proxy for a weighted cost of capital including both debt and equity components), the annual cost of the system would be $350 – which would be competitive with the $750 annual grid cost.

“In our Levelized Cost of Energy analysis, we also include the cost to replace the battery system in 12 years. If Tesla were able to reduce the size of the home battery to one day of power – for example, by installing sensors that can determine the risk that the battery is at risk of running out of power, and scheduling the delivery of a “battery change out” at the home to avoid this risk – then an off-grid approach could be increasingly competitive.

“Given solar customers in California are already required to pay a portion of the fixed grid fee, a storage system will need to be more cost-effective because a solar customer could effectively use the utility grid as a battery at a competitive cost.

– Just one Tesla Model S (85 kWh) can store enough energy to power the average US household for 3.5 days.

– By 2020, a Tesla fleet of 690,000 units will contain the stored energy capacity to provide one full hour of electricity to 1.6 per cent of US households.

– By 2028, Tesla’s 3.9 million unit US fleet will contain the stored energy capacity to provide 1 hour of electricity to 8 per cent of US households.

– And, by 2028, Morgan Stanley estimates that Tesla’s global 7.2 million fleet will contain the stored energy capacity of 443 GW, an amount exceeding the entire daily electricity consumption of Mexico, or more than 50% than the Kingdom of Spain.